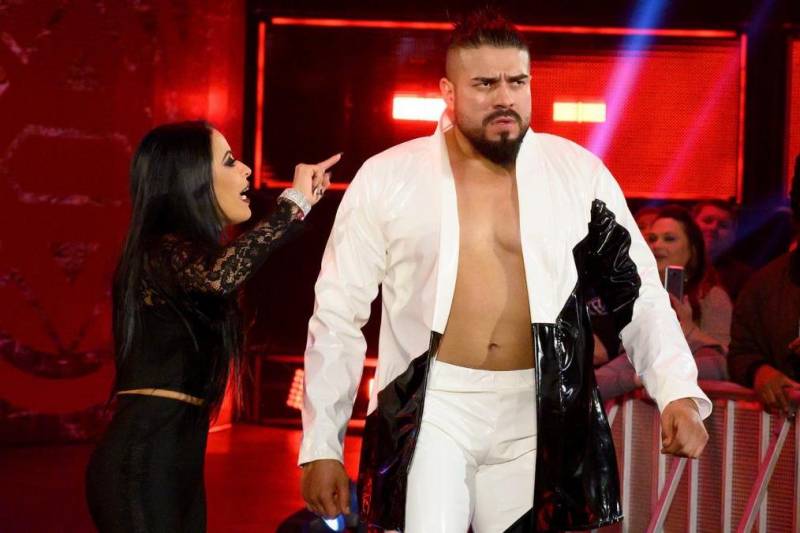 Andrade was seemingly written off television on Monday’s episode of Raw when Humberto Carrillo sent him headfirst into the concrete floor with a Hammerlock DDT.

Satin noted that it hasn’t been revealed what triggered Andrade’s violation.

On the preshow of Sunday’s Royal Rumble pay-per-view at Minute Maid Park in Houston, Andrade defeated Carrillo with a roll-up. That marked Carrillo’s return match after Andrade put him on the shelf for more than a month with a Hammerlock DDT to the concrete floor.

Carrillo retaliating on Monday fit perfectly into the storyline between the two Superstars, and it figures to ensure that their rivalry will still be hot when Andrade returns near the end of February.

Andrade will be eligible to return on Feb. 27, which is the day of WWE’s Super ShowDown event in Riyadh, Saudi Arabia. If the Mexican Superstar doesn’t appear at that show, the March 2 Raw is his likely return date.

The Elimination Chamber pay-per-view in Philadelphia is scheduled for March 8, so a rematch between them may be booked for Elimination Chamber on the March 2 Raw, similar to what happened prior to Royal Rumble with Carrillo returning on the go-home Raw.

Andrade’s reported suspension also impacts Zelina Vega, who primarily serves as his manager. Vega does wrestle sometimes, including participation in the women’s Royal Rumble match on Sunday, but the bulk of her television time is as Andrade’s mouthpiece and ringside accomplice.

Vega may also be out of the picture for the next month, although WWE could keep Andrade fresh in the minds of the viewers by having Vega cut promos on a weekly basis, which is an area in which she shines brightly.

The 30-year-old Andrade is still in possession of the U.S. title and is also a former NXT champion. Andrade is engaged to 2020 women’s Royal Rumble winner Charlotte Flair as well.

How the reported suspension impacts the major push Andrade was being given and his spot on the WrestleMania card figures to be one of the more intriguing aspects of Raw over the next couple of months.