WWE Hall of Famer Bill Goldberg is currently training for his return to the ring.

Goldberg revealed on Instagram, seen below, that he is training with Muay Thai master Ruben Rowell Jr. at the Extreme Power Gym in Oceanside, California.

Goldberg is set to be in action at WWE’s return to the Kingdom of Saudi Arabia on Friday, June 7. WWE has not announced his opponent but there has been speculation on Goldberg vs. Bobby Lashley due to recent social media back & forths between the two.

Order Now WWE Bill Goldberg Jacket From CelebsCostumes E-bay! The Stock is going to end soon. Positive Feedback are already given by Satisfied Customers Lets Buy one to support your favorite Athletics Click here to Shop from Ebay 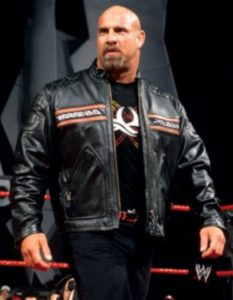